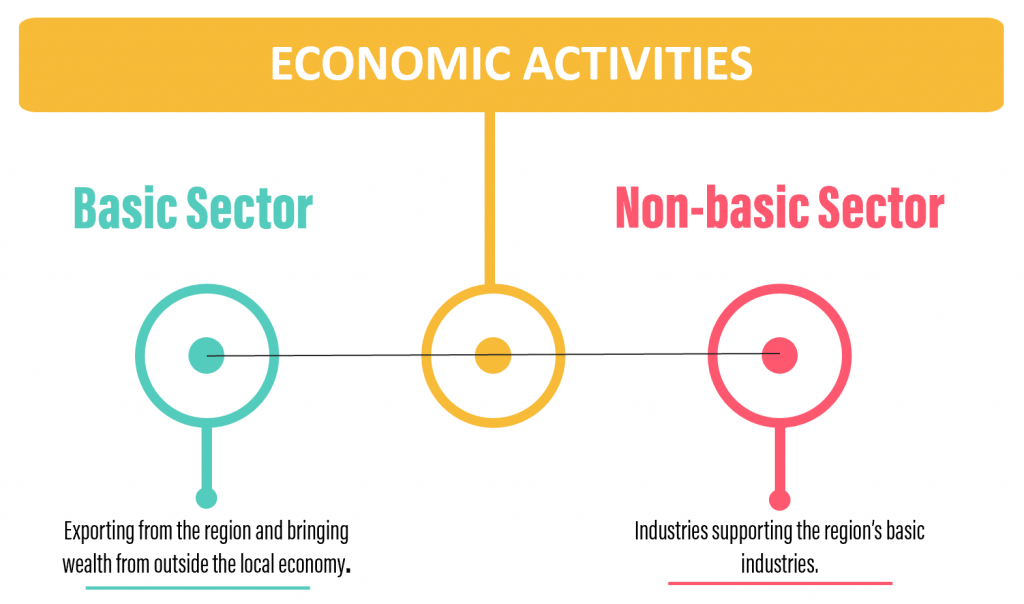 In the previous unit, you examined how location quotients (LQs) are used to quantify concentration of industries in an area.

In this unit, you will learn how to model the economic activity of your region, using a simple, two-sector model known as Economic Base Theory. Modeling allows analysts to make predictions about likely impacts of economic events on industries and employment.

The following definitions will prove helpful as you view the videos in this unit:

Following the video lectures, a brief exercise will allow you to apply these concepts to a simplified real-world scenario.

Completing this unit will equip you to do the following: