The Tableau data visualization below is shared courtesy of the Miami Valley (Ohio) Regional Planning Commission. It displays 2016 LQs for the entire Metropolitan Statistical Area (MSA) and for the six individual counties that comprise the MSA. It also allows you to use the U.S. or the state of Ohio as the comparative reference.

The data viz is structured to occupy four quadrants. The quadrants represent areas of relative strength or weakness as shown below: 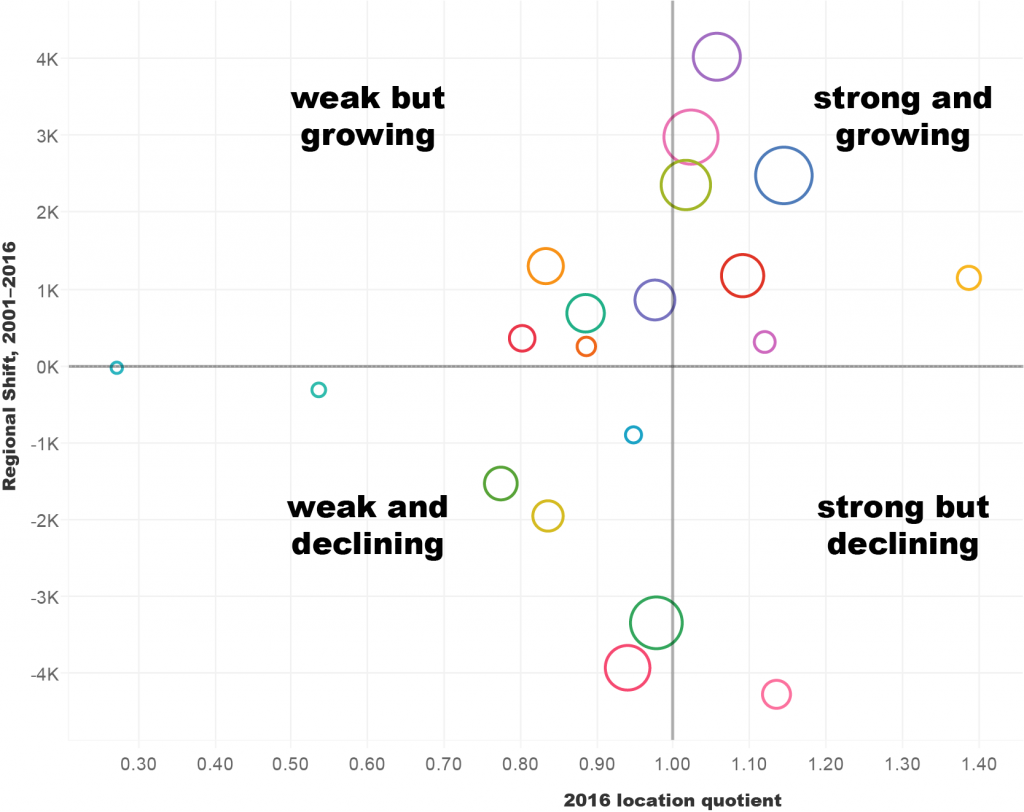 Have fun exploring the map and drilling down into the data it displays. Then, use the data visualization selectors to locate answers to the questions below. (You’ll see these questions again in the multiple-choice knowledge check that follows this interactive module!)